Promote your programmes to students, parents and counsellors during our escorted visits to private and international high schools in Bangkok.

In two action-packed days, you’ll meet with bilingual Thai students who are eager to learn about their study abroad options and find schools that best match their educational goals.

These exclusive schools have been carefully selected for their quality curriculum and their enthusiasm to proactively prepare their students for studying abroad.

At each school, you will participate in an on-campus fair that will directly connect you with senior students, parents and high school counsellors.

With parents and high school counsellors playing a key role in Thai students’ decision making, having face to face, personal interaction with this audience in Bangkok will be a critical part of any strong recruitment strategy for the Thai market.

These strong numbers signify plenty of recruitment opportunities for international secondary schools looking to forge exchange programmes with Thai schools, as well as for post-secondary institutions that are interested in attracting top talent from Thailand’s English-speaking schools. At the K-12 level, Thai high school students are most attracted to study abroad options in Canada, New Zealand and Australia.

The desire for Thai students to study abroad is fuelled by sluggish improvements to the country’s own higher education system and political instability at home. The majority of Thai students are self-funded, and there are several government-supported scholarships available at the bachelors, masters and PhD levels. The US, UK, and Australia are the most population destinations for Thai students, along with Japan, South Korea, Germany and France.

Austrade reported that the country hosted 19,665 Thais in 2018, down from 21,308 in 2017. Thailand is a particularly strong market for Australia’s ELICOS and VET sectors, ranked as the third strongest source country for July 2017 year-to-date commencements in both of those sectors. Meanwhile, Thailand also ranked as the tenth most popular source market for the schools sector.

The Thai International Education Consultants Association (TIECA) states that approximately 13,000 Thais apply for study visas to the USA every year. Thai enrolment in US higher education has been slowly declining over the last 10-20 years, and the IIE’s 2018 Open Doors Report revealed that 6,636 Thai students were studying in the USA which was a dip overall, however, there was also a 2.3% increase in the number of undergraduates (2,859). 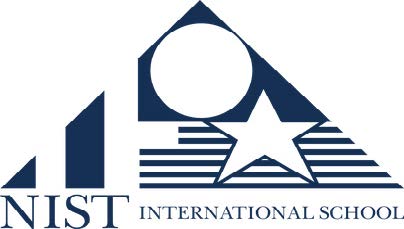 Other student recruitment opportunities while you are in Southeast Asia

Good news! You will receive a 50%, or USD2500, discount on your participation in the BMI Agent Workshop Asia if you are also exhibiting in the Thailand Global Education Fair. Once you select both the fair and the workshop, this discount will automatically be applied at checkout.